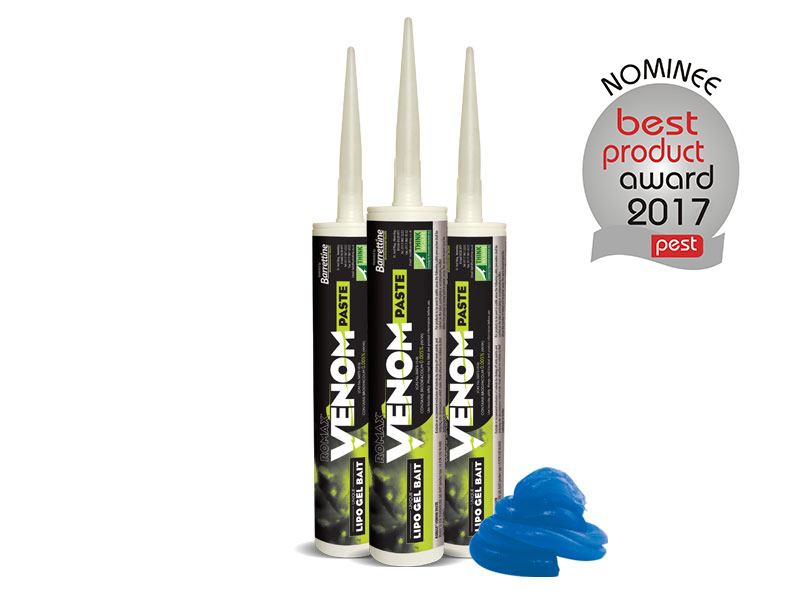 The Romax Venom Lipogel combines brodifacoum within an increased water activity formulation offering rapid efficacy as well as the convenience and capacity of rapid baiting. The availability of Brodifacoum in this format gives rapid absorption into soft tissues.

When using rodenticides refer to the CRRU Code of Best Practice.

Protect bait points from non-target animals and from water, preferably using commercially available bait stations. Where these are not available place the bait inside pieces of drainage pipe or under sections of slate, board or corrugated iron, suitably weighted.

Precautions should be taken to prevent domestic animals and children from having access to the bait. The resistance status of the rodent population should be taken into account when considering the choice of rodenticide to be used.

'Rats in stables were coming up along a hollow water pipe housing where they were harbouring. Removed horses before application and will be until problem solved and removed baits.

All bait was consumed in 24 hours, found dead in water troughs 3 days later. All removed and reapplied romax.

None seen in last 3 days, 5 days after applying. Fantastic results.'