How to keep spiders away from the house 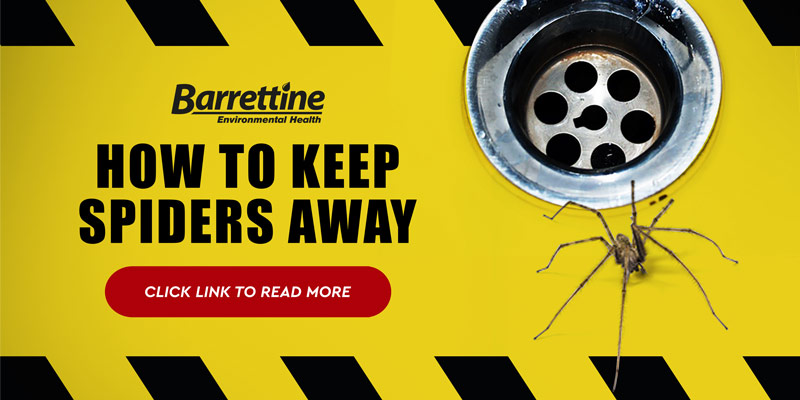 The spider season is on 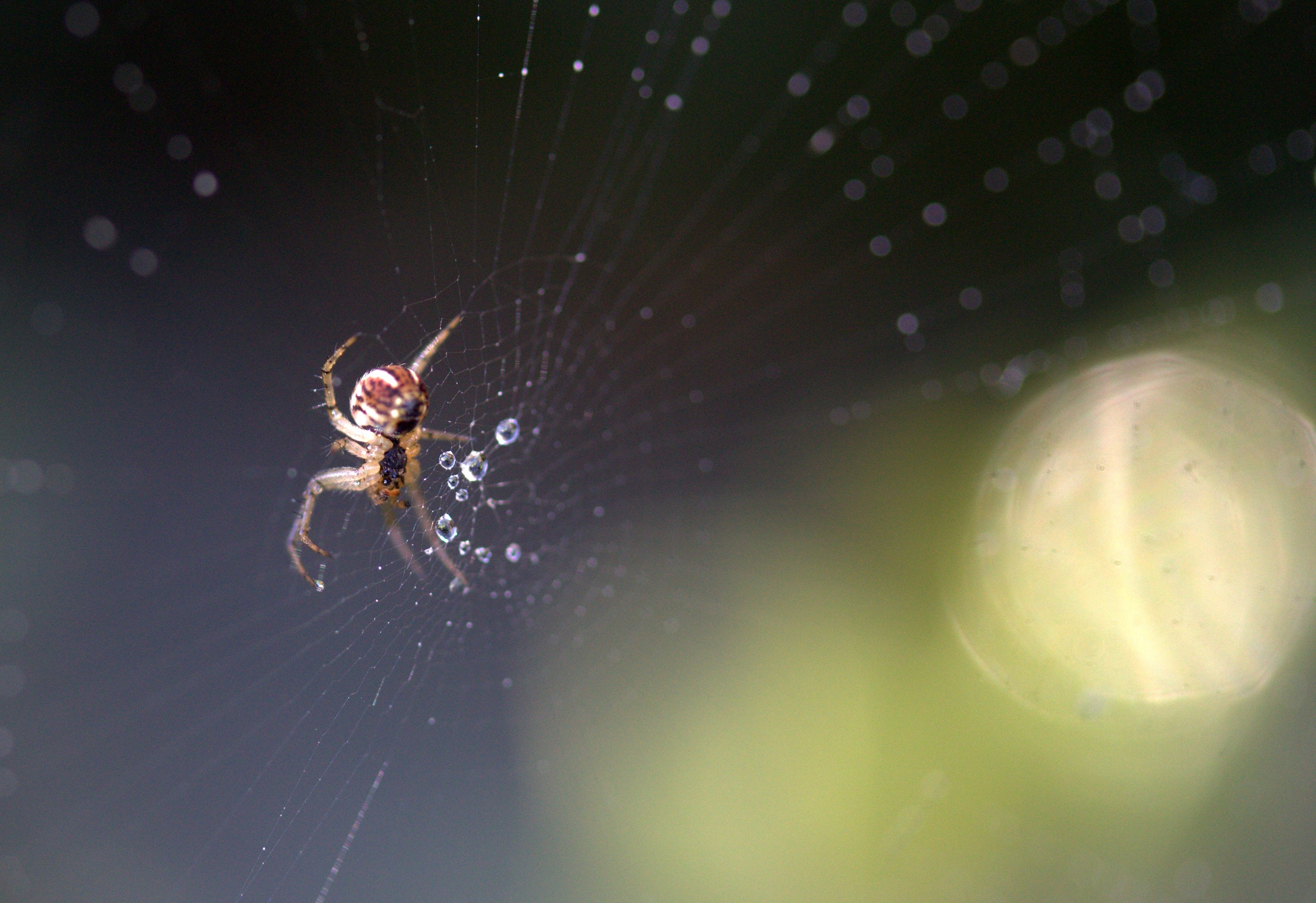 Have you noticed lots of spiders in your home recently? The number of spiders usually increases in the autumn due to the house spiders mating season.Research suggests that you are never more than 10 feet away from a spider; don’t worry though, most of the time they are hiding away somewhere in some crevices minding their own business.

You might not be aware but spiders help the environment by eliminating volumes of insects that would otherwise be around in your garden and other locations.

Each year, about 27 million tons of spiders consume somewhere between 440 million and 880 million tons of insects. Spiders play huge role in the biological control, and yet if that still doesn't change your mind about housing them in your home, keep reading to find out easy ways to keep them away. Here are some of the most common spiders you would find in your British home.

Cobweb spiders/House spiders: Are common inhabitants of dark corners around the home. They have a generally bulbous body and create messy webs with sticky threads. The majority of these spiders are harmless and helpful at reducing insects that may be found indoors. 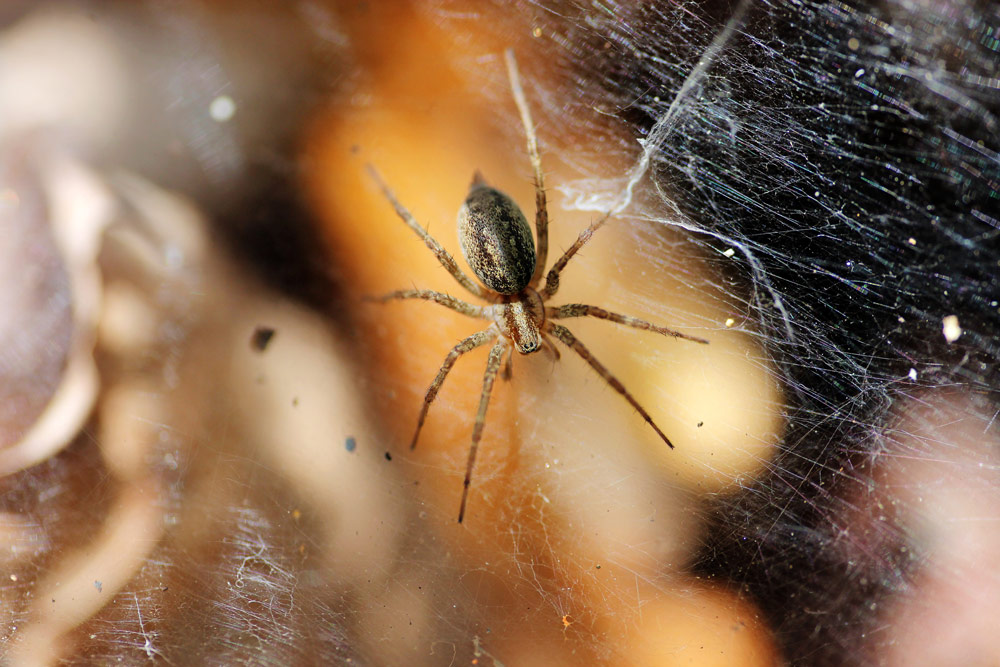 Daddy long-legs spider (Pholcus phalangoides): Named after their long, thin legs and small bodies. They hang motionless in criss-cross webs, vibrating rapidly if disturbed. Their life span is around six and a half months.These spiders can be found in every continent in the world, except Antarctica of course, where it’s far too cold for them to survive. These spiders hang inverted in messy, tangled webs constructed in dark and damp spaces such as caves, under rocks and loose bark, inside abandoned mammal burrows and undisturbed areas in buildings, such as cellars. Daddy long-legs spiders are also commonly found in warm, dry places such as household windows and attics.

False widow spiders ( aka Cupboard spider) The Common false widow is around 0.5cm. The round abdomen has a mostly mahogany-brown upper side with a pale dividing line border and underside. Some have a coffee-coloured smudge on top. The short legs are banded brown. Males have longer paler legs and a reddish head. The spider is nocturnal and will normally spend the day sleeping inside a crack or hole close to its web. False widows like dry, warm environments where they will be unlikely to be disturbed. This is often what brings them into people's homes.The spiders are most commonly seen in the south of the country, but reported sightings suggest they are moving northwards. 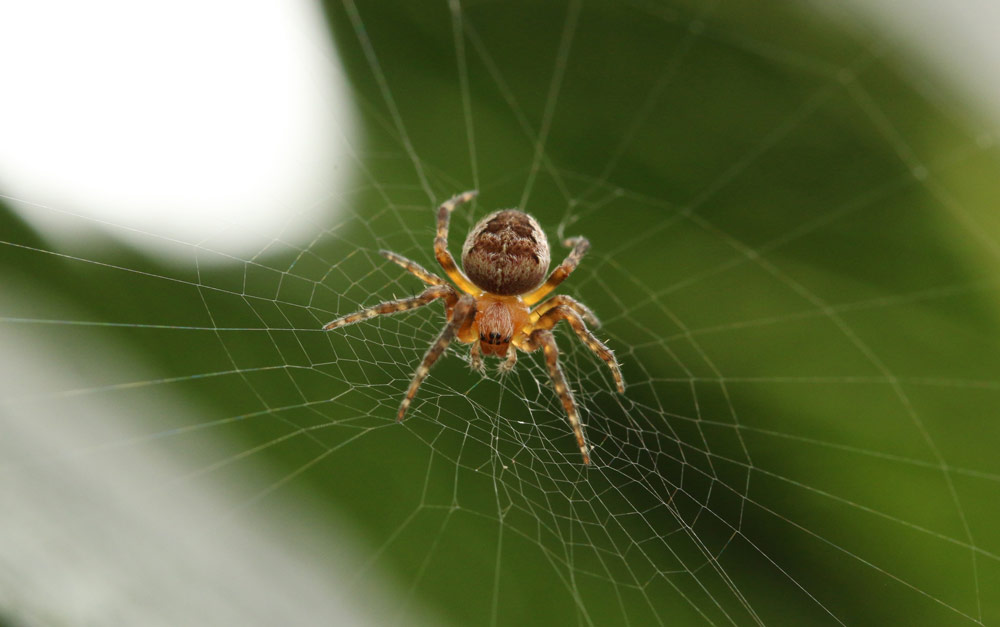 Jumping spiders - Jumping spiders are small and hairy with short legs, a large head and an enlarged front pair of eyes. They are agile visual hunters, moving jerkily on walls and ceilings and jumping between surfaces. These spiders are usually seen from spring through to autumn and can be found on external walls, as well as indoors where they will enter through open doors and windows.The Common jumping is a Zebra spider (Salticus scenicus) it is easily recognised by its boldly-striped abdomen. Other species of jumping spider are mostly patterned brown or grey.

Giant house spider - Measuring a size of 120mm, this critter is most common in the autumn months when the males leave their webs in search of females. Often the spider you're likely to find in the bath, they can run extremely fast, but only for a limited length of time before they have to stop to recover from their exhaustion. These large spiders build sheet like webs and may be found in garages, sheds, attics and cavity walls where they are less likely to be disturbed.

HOW TO KEEP SPIDERS AWAY FROM THE HOUSE

1: Keep the house clean and minimise clutter in rooms to reduce areas suitable for spiders to hide, reproduce and lay eggs.

2: Clear vegetation in the garden and around the home, these are perfect places for spider to spin their web.

3: Check the house for cracks and holes. Sealant or mesh can be used to block spiders from entering.

4: Peppermint oil with water as a spray makes an excellent insect/spider repellent for areas where they commonly appear.

5: Conkers: an old wives tale says spiders don't like conkers and placing them around the house will keep them at bay. While there's no real evidence to back this up, it won't hurt to try.

Live Science " Spiders Eat Up to 880 Million Tons of Insects Each Year" https://www.livescience.com/58271-spiders-eat-880-tons-of-insects-yearly.html