Flour Beetle (Tribolium castaneum) may fly. In addition, the eyes (when viewed underneath) of T. confusum are separated by a space equivalent to three times the diameter of the eye, whereas in T. castaneum, this gap is less than two times the diameter. 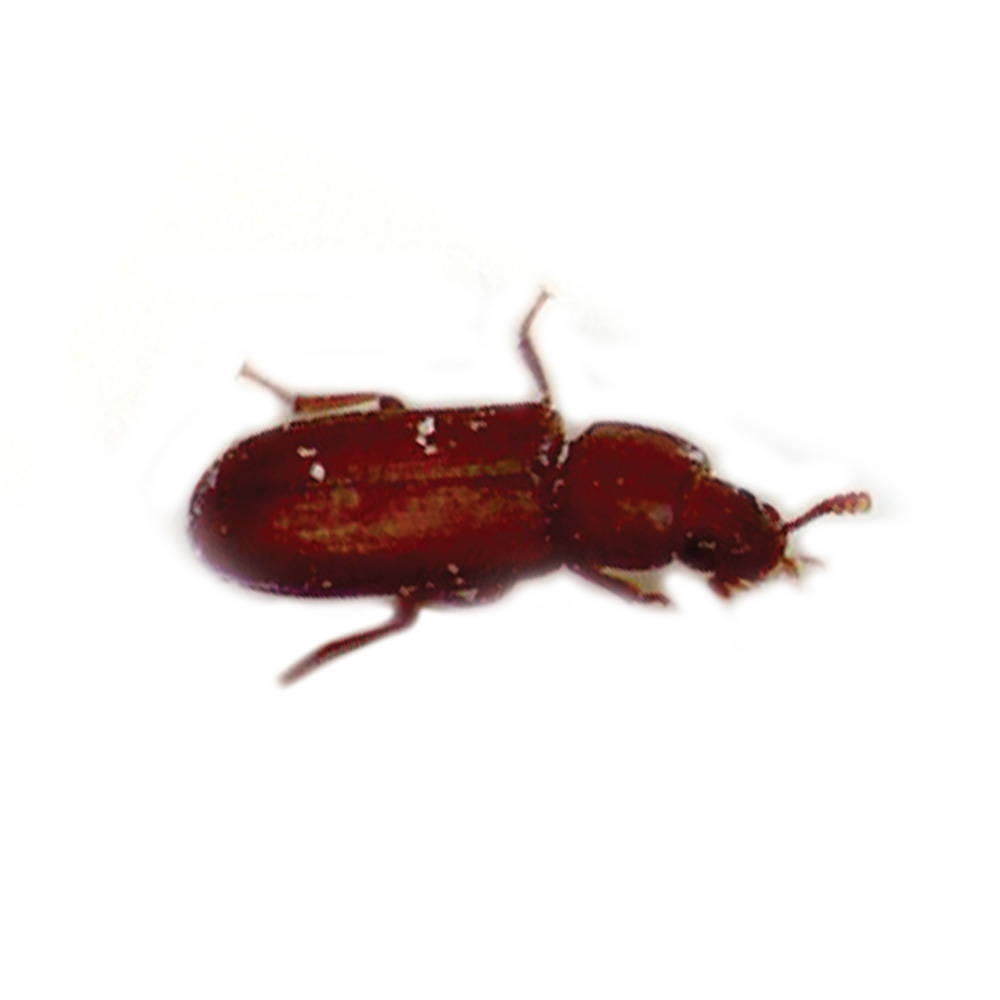