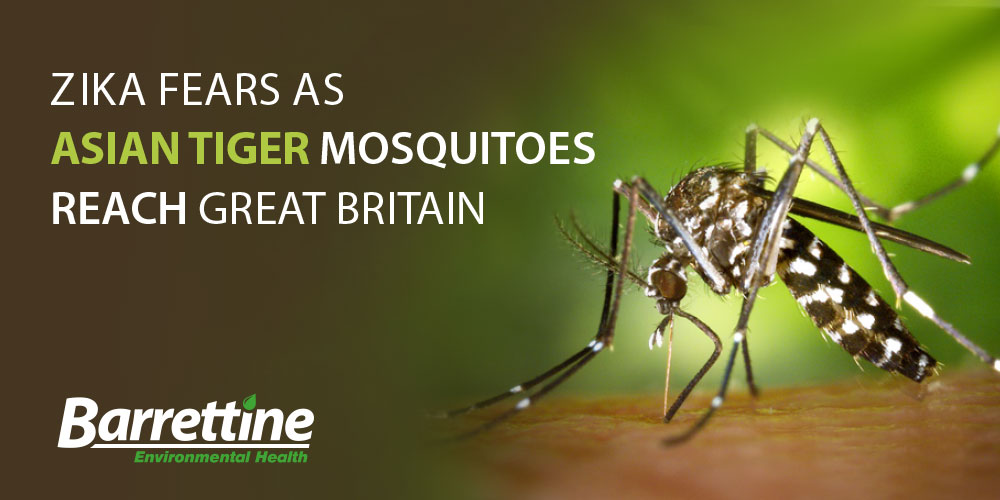 It comes amid fears that Zika-carrying tiger mosquitoes, native to South East Asia, could spread to Europe this summer. Fears of a potential Zika outbreak have been raised after mosquitoes carrying the deadly disease reached the UK. The Asian tiger mosquito has been found in the UK over the last couple of years in small numbers. They’re established here, they’re not breeding here, but the current weather with prolonged period of rain followed by hot temperatures means there is a higher chance of them surviving.

In the UK, we're more used to seeing a species known as Culex pipiens - but in recent years, there have been more sightings of the Asian tiger mosquito. Three years ago, eggs were found for the first time in a small village in Kent. Since then, experts say there have been more incidences where the pesky bugs have reached our shores.

The Asian Tiger mosquito is a small black and white daytime biting insect, has been gradually spreading through Europe via transport of goods.  It has spread through much of southern Europe and has been gradually pushing northwards. They've been present in northern Italy, southern France and the Netherlands for the past five years and are moving north around 93 miles a year. Scientists have previously warned that global warming could be to blame as the bugs may be lured north by warmer, more humid air.

The insects find ponds and pools of stagnant water, where they lay their eggs. They are sturdier and fiercer than our native species. The female is the more aggressive and will attack and bite within seconds of landing on a body.

The Asian tiger mosquito is capable of transmitting tropical diseases such as Zika, dengue fever and the West Nile virus and they pose a serious threat to pregnant women. Zika virus leads to birth defects including abnormally small heads or microcephaly.

According to trade body the British Pest Control Association the rise in spring temperatures creates a fertile environment for insects such as mosquitoes to flourish.

“The public can take steps to reduce the opportunities for mosquitoes in general to take hold," said ee Ward-Thompson, BPCA technical manager.

“Simple corrective measures include removing still, standing water from areas such as blocked guttering, wheelbarrows and birdbaths. Water butts can also provide ideal breeding sites for the insects so should be cleaned out regularly."