Britain braces for an invasion of deadly Asian Hornets 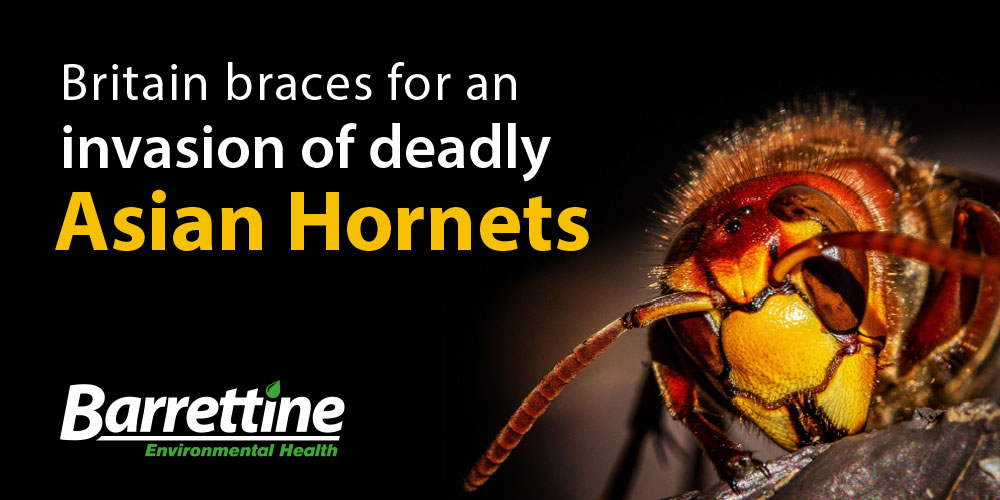 There are increasing fears that the UK could be victim to a huge swarm of Asian hornets - which can kill with one sting.

Eighty hornet queens have already been counted in Jersey so far this year, which is a dramatic increase from four by this time last year.The state of the current British weather with a warm spring followed by severe spells of rain is known to be the perfect breeding ground for the flying insects.

The Channel Island's coordinator, Alistair Christie, said that 13 "active nests" have already been destroyed, compared to just 12 in the whole of 2018.

The non-native Asian or yellow-legged hornet is an invasive species in Britain as their spread could negatively affect the wildlife already living here. The issue is that they eat honeybees and are specialised honeybee predators.The hornets raid honeybee hives by sitting outside them and capturing workers as they go in and out. They chop them up and feed the thorax to their young.

Asian hornets are relatively new to Britain, only being spotted here for the first time in the small town of Tetbury, in Gloucestershire in 2016. A nest was found and removed by the National Bee Unit. There have been isolated sightings of the insects across the UK since then, in Greater Manchester, North Somerset, Devon, Cornwall and Hull. Individuals have also been identified on the Channel Islands of Jersey and Alderney.

The Department for Environment, Food and Rural Affairs (DEFRA) is trying to prevent a nationwide Asian hornet invasion, currently through eradication of individuals and nests. But if the species becomes established in the UK, it is likely there is very little that could be done about it.

Asian hornets are active between April and November, with a peak in August and September.

Asian Hornets can be hard to distinguish from some of our local flying insects.

The Asian Hornet’s abdomen is almost entirely dark except for the 4th abdominal segment. They have larger heads in relation to their body size compared to other wasps, and the structure of the head is slightly different. Asian hornets are also sometimes referred to as yellow-legged hornets owing to legs that transition from brown to yellow at the ends. The European Hornet’s abdomen is almost entirely yellow with accents of dark patterns.

Unlike its yellow and black striped look-a-likes, Asian hornets can kill with just a singular sting if you're allergic to their venom. Hornet's stings are more painful than look-a-like wasp stings because their venom contains a larger amount of acetylcholine and unlike treasured bees, hornets don't die after stinging because their stingers are very fine - only visible under magnification - therefore they can easily be pulled out of their bodies.

A sting of the black and yellow striped insect is not fatal, except in some instances of allergic vicitms. However, multiple stings by non-European hornets may be fatal because of their highly toxic venom.

Please report any possible sightings of these insects.

If you see a suspected hornet, do not kill it. Instead, you should take a good quality, close up photograph if possible, and email it to asianhornet@gov.gg noting the location, the direction the insect came from and flew to, and your name and contact details. You can also log any sightings through the free iPhone and Android recording app: Asian Hornet Watch, or by calling 234567 with as much information as possible.