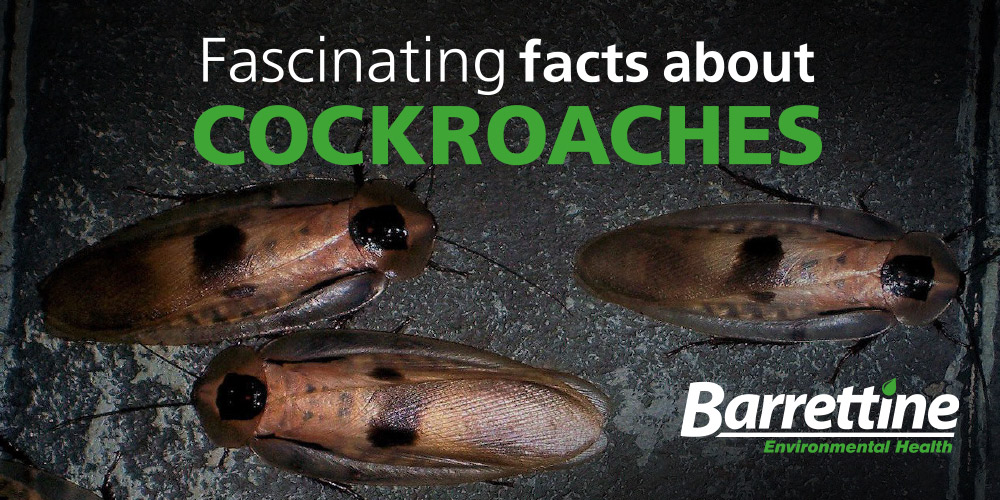 1. Cockroaches can still live even when they’re headless, for almost one week. Cockroaches brains don’t control all of their body functions, rather, the organs which control the crucial functions are found in the thorax or the middle part of a cockroach. A cockroach can survive without its head, but unfortunately, it will not be able to drink, so it eventually dies of thirst.

2. They can hold their breath for up to forty minutes and can even survive being submerged under water for half an hour, this could offer them sufficient time to crawl for safety. They hold their breath often to help regulate their loss of water too.

3. On the ground, cockroaches can run at speeds of up to 3 miles per hour. Though this may sound slow compared to bigger animals, the speed is remarkable relative to its size. A newborn cockroach -the size of a speck of dust -can run almost as fast as a mature adult.

5. Recent studies show that cockroaches have been around longer than dinosaurs, as early as 320 million years ago.

6. There are more than 4,000 species of cockroaches in the world. Of those, however, four are the most common: the German, American and Oriental cockroaches.

7. Cockroaches can live without food for one month, because they are cold-blooded insects, which means they can keep their metabolism rate low. Cockroaches cannot live long without water, though – just two weeks at most. In fact thirst is the most common cause of dead among cockroaches

8. Studies have shown that cockroaches can tolerate high radiation levels. Cockroaches were found in Hiroshima and Nagasaki, where the US dropped atomic bombs, and in Chernobyl, where the worst nuclear accident happened. It is not yet clear how did the cockroaches survive, but scientists believe it has something to do with the fact that cockroaches have slower cell cycles, molting only once a week at most.

These facts prove that cockroaches are some of the most adaptable creatures on earth, which makes controlling and eliminating a cockroach infestation all the more difficult.