Maybe Rats Aren't to Blame for the Black Death 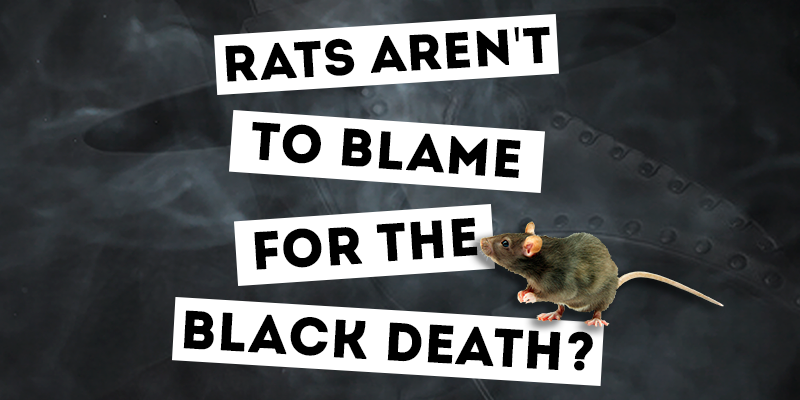 Rats have long been blamed for spreading the parasites that transmitted plague throughout medieval Europe and Asia, killing millions of people. Now, a provocative new study has modeled these long-ago outbreaks and suggests that the maligned rodents may not be the culprits after all.

The study, published on Monday in the journal PNAS, instead points the finger at human parasites—such as fleas and body lice—for primarily spreading plague bacteria during the Second Pandemic, a series of devastating outbreaks that spanned from the 1300s to the early 1800s. These outbreaks include the infamous Black Death, which wiped out a third of Europe’s population in the mid-1300s, amassing a body count in the tens of millions.

“The plague really transformed human history, so it’s really important to understand how it was spreading and why it was spreading so fast,” says lead study author Katharine Dean, a doctoral research fellow at the University of Oslo’s Centre for Ecological and Evolutionary Synthesis.

When fleas infected with the bacterium Yersinia pestis bite humans, the bacteria can jump into the bloodstream and congregate in humans’ lymph nodes, which are found throughout the body. The infection causes lymph nodes to swell into ghastly “buboes,” the namesakes for bubonic plague.

In cases of plague since the late 1800s—including an outbreak in Madagascar in 2017—rats and other rodents helped spread the disease. If Y. pestis infects rats, the bacterium can pass to fleas that drink the rodents’ blood. When a plague-stricken rat dies, its parasites abandon the corpse and may go on to bite humans.

Because of rats’ role in modern plagues, as well as genetic evidence that medieval plague victims died of Y. pestis, many experts think that rats also spread plague during the Second Pandemic. But some historians argue that the Black Death may have spread differently. For one, the Black Death tore through Europe far faster than any modern plague outbreaks. In addition, “rat falls” precede some modern outbreaks, but medieval plague records don’t mention rats dying en masse.

“Geneticists and modern historians were putting the rat into the position of spreading the plague and were straining bits of evidence,” says Samuel Cohn, a University of Glasgow medieval historian who has criticized the rat-flea theory.

As an alternative, some scholars have long toyed with the idea that fleas on humans spread the Black Death. If fleas and lice picked up the plague by biting an infected human, they could potentially hop onto a person in close quarters and transmit the disease.

Mathematically, the patterns in how disease moves through a population are different for the rat-flea and human-parasite modes of transmission. To put them to the test, Dean’s team modeled each with equations that simulated the rise and fall of an outbreak, based on how rats, fleas, and body lice would behave and spread plague.

After running their models many times, Dean and Schmid statistically evaluated which models best matched mortality patterns from nine different European plague outbreaks from the Second Pandemic. To their surprise, they found that in seven of the nine cities they examined, the human-parasite model more closely fit mortality records than the rat-flea model.

“In plague, there’s a lot of hot debate,” says Dean, who sees herself and Schmid as more objective observers in this case. “We have no dogs in this fight.”